Mark, Roger, Angel, Maureen and the whole RENT gang are back, and still not paying the RENT in the 20th anniversary tour at Playhouse Square. The story about young artists trying to make it in New York’s East Village during the height of the HIV/AIDS crisis runs on the Connor Palace stage now through March 25, 2018.

RENT opened on Broadway in 1996 under the shadow of tragedy. Jonathan Larson (who wrote the music, lyrics and the book) died unexpectedly of an aortic aneurysm the night before the show’s first performance off-Broadway, and just ten days before his 36th birthday. He never got to see how iconic this production would become.

Fun fact: RENT is one of only a few musicals in history to win both a Tony® Award and a Pulitzer Prize.

So why have audiences been coming to see RENT for 20 years? The music is phenomenal and the story is high-spirited, poignant, and heart-wrenching. It is a reminder that life is a struggle, and that it’s the people in the world that make it worth plodding through.

This tour has a cool but massively over-sized set, and it unfortunately swallows some of the feeling of intimacy or connection with the individual characters. However, most of the actors sing through the production without letting the audience feel robbed in the space. 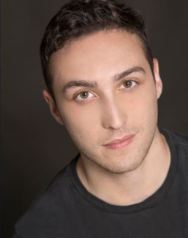 STORY: It’s Christmas Eve and former roommate Benny (who promised Mark and Roger free rent in his building a year ago) has suddenly decided that he wants them to pay for their dilapidated accommodations, and has threatened to kick the group out if they don’t cough up the cash. Roger just found out that he is HIV positive (his girlfriend left him a note before killing herself). Collins has gotten beaten up, but is tended to by a fabulous and spunky Angel. Meanwhile, Mark’s ex, Maureen, has been busy driving her new girlfriend, Joanne, crazy. Got all that?

“Take Me or Leave Me” between Maureen and Joanne is sassy and playful. The actors have a great push and pull with each other, and these powerhouse performers wail out a duet battle that’s both sexy and strong.

Maureen’s appearance with “Over the Moon” is a nugget of performance art gold, as Moe’s energy is funneled into several minutes of raging moon-madness that ends in total audience participation in barnyard sounds.

The Company presentation of “La Vie Bohème” is enthusiastic, joyful, and celebrates life at present. The song is a mix of nonsense and depth, with lyrics like:
To days of inspiration,
Playing hookey, making something
Out of nothing, the need
To express to communicate,
To going against the grain,
Going insane,
Going mad.
The beat and the hook are extremely catchy on this song, making it a “bouncer” for the audience.

“Seasons of Love” is an obvious show-stealer, as it occurs at the beginning of Act II with the entire company on the edge of the stage, directly addressing the crowd. The song asks, “how do you measure a year?” Between daylight, sunsets, midnights and cups of coffee, we count 525,600 minutes and lots of goosebumps as the entire cast wows theater goers with true feeling and gorgeous harmony. Alana Cauthen’s solo work in this number is chillingly good and her vocals are some of the most impressive in the show.

Again, it’s unfortunate that the overwhelming set steals some of the warmth and personality away from the action – some of the staging could have been a bit more close knit. There are a lot of bodies that are too spaced out across the stage throughout the show.

The staging of “Without You” with the cast being fairly stagnant, and different characters hanging out on a series of beds feels a bit ineffective – impersonal. This is unfortunate because the song is so gut wrenching and powerful, and (SPOILER ALERT!) the moments leading up to Angel’s death are traumatic.

Despite the cavernous set and some questionable staging, the young, attractive cast brings it home, and the experience as a whole is definitely worth it. And you cannot have a bad experience with such moving music and lyrics, and a message that’s about appreciating the people around you. Overall, RENT is as relevant as ever, proving that there’s “no day but today.”

RENT Lottery Information
You have a chance for first or second row tickets to RENT for just $20 a piece! Lottery entries will be accepted at the box office beginning 2.5 hours prior to each performance; each person will print their name and the number of tickets (1 or 2) they wish to purchase on a card that is provided. Two hours before curtain, names will be drawn at random for a limited number of tickets priced at $20 each. Winners must be present at the time of the drawing and show valid ID to purchase tickets. Ticket purchase is cash only.