Talent, aspiration, jealousy, love, infighting, politics – it could be the current national news, but instead it’s the exciting story of our Founding Fathers, brought to life through a ground-breaking score that “blends hip-hop, jazz, blues, rap, R&B, and Broadway.”

Playing now through August 26, 2018 at Playhouse Square’s KeyBank State Theatre, HAMILTON: AN AMERICAN MUSICAL tells the tale of Alexander Hamilton, an immigrant who gets things done! Using his infectious energy and superior smarts, Hamilton gets noticed by president George Washington, who names Hamilton as his right-hand man during the Revolutionary War. Together, they help lay the groundwork for America – the new nation! Hamilton is the first Treasury Secretary, a prolific writer, a fighter, a lawyer, a lover, and a… rapper?!

But why are these things exciting? Many people unfortunately yawned their way though history class in school, failing to find any sort of intrigue in the dusty annals of our nation’s past. Finding few creative ways to make our Founding Fathers relevant, many history classes have relied on memorization of dates, events, and names without passion or purpose.

But HAMILTON! Here and now, Broadway phenom Lin-Manuel Miranda is our teacher through his book, music and lyrics. Based on Ron Chernow’s biography, Miranda makes Alexander Hamilton look like a rock star, and the Colonies feel like a party. The modern musical direction and orchestrations are brought to us by Alex Lacamoire.

Not here for the history itself? That’s fine! Because HAMILTON is a perfect piece of entertainment on its own. Not one nanosecond passes without a spark of excitement. Not one nook of the stage is ever without some magical bit of energy that emanates from every single cast member. Not one moment is lost in boredom, or purposelessness, or thrown-away dialogue because IT. ALL. MATTERS.

The direction and staging by Thomas Kail, with choreography by Andy Blankenbuehler, is mesmerizing. The space is filled with meaning and movement as the story of America’s fight for freedom progresses. Alliances are made, relationships blossom, battles are fought, and the entire company is involved in a multi-level scenic experience that is moved by a full stage turntable. And thus America is built.

Musically, scenically, and politically it is all beautiful. The birth of our nation is raw, epic, joyful, harsh, and full of really dope dance moves! HAMILTON has made hip-hop and rap popular at the Broadway level. It has broken down racial and ethnic barriers in casting. It has made history relevant. It has made people talk.

And let’s talk about the cast. The performances are amazing. Not only is the ensemble very tight and talented, the individuals are outstanding.

Joseph Morales is the feisty, lively title character, and he plays Alexander Hamilton with confidence and likeability without being too cocky. His vocals are solid, leading the charge with “My Shot,” and rallying hearts with songs like “Hurricane.” Morales’ acting lets the audience love Hamilton as he is rising to the top, and causes the crowd to hate him as he is betraying Eliza. He is delightful in this role. “I’m just like my country—I’m young, scrappy, and hungry, and I am not throwing away my shot.”

The Schuyler sisters are represented by Shoba Narayan as Eliza, and Ta’rea Campbell as Angelica (“and Peggy” played by Nyla Sostre). While Campbell has a slightly more powerful presence and voice on the stage as the older Angelica, Narayan gives a gentle yet still potent performance as Eliza. The sister bond is undeniable, and the intentions and struggles of their individual characters are clear. Campbell’s delivery of “Satisfied” is strong and insightful, as is Narayan’s presentation of “Helpless.” Both songs take on different tones as the show progresses.

One of the most memorable characters in the production is King George III, played by Jon Patrick Walker. The British King’s snark and pomp are hilariously caricatured in his recurring song “You’ll Be Back.” Capped off with a catchy sing-a-long melody line, the audience will not be able to keep from laughing or from singing along with Walker. This little ditty is certainly a crown jewel of the show.

Finally, one cannot forget to mention the Judas Iscariot of the piece – Aaron Burr, played by Nik Walker. A tall man, Walker has an impressive presence on the stage – he certainly towers over the shorter figure of Hamilton. He gives a looming quality to the sneakiness of Burr. There is never a question that Burr is jealous, ambitious, and fluid in his loyalties. “Talk less, smile more. Don’t let them know what you’re against or what you’re for.” Walker’s vocals take charge at the first song “Alexander Hamilton,” and continue their competence through “Wait for It,” “Dear Theodosia,” and more. He is a formidable anti-hero to our dear Hamilton.

If you are fortunate enough to hold one of the sought-after tickets to HAMILTON in Cleveland, treat that reservation like gold. “Look around, look around at how lucky we are to be alive right now!”

HAMILTON: AN AMERICAN MUSICAL will continue its run on the KeyBank State Theatre stage now through August 26, 2018. Playhouse Square will be releasing tickets daily, and there are currently seats available for most performances. Check the website often for the latest availability. For more information, visit www.playhousesquare.org.

HAMILTON LOTTERY
There is also a lottery for 37 $10 tickets for every performance. Entry is done via the smart phone app or online at www.hamiltonmusical.com/lottery. Be sure to sign up and check often! 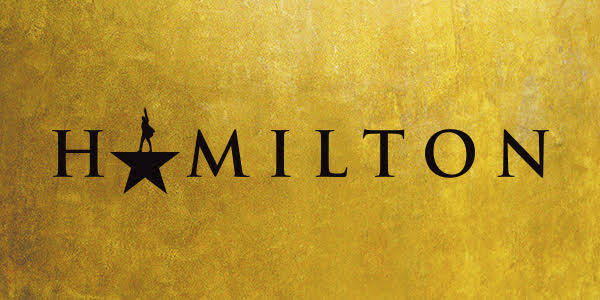